Feb 14, 2012 - Malcolm Jackson, Chief Information Officer and Assistant Administrator for the Office of Environmental Information at the EPA, spoke to Earth Science Dept. 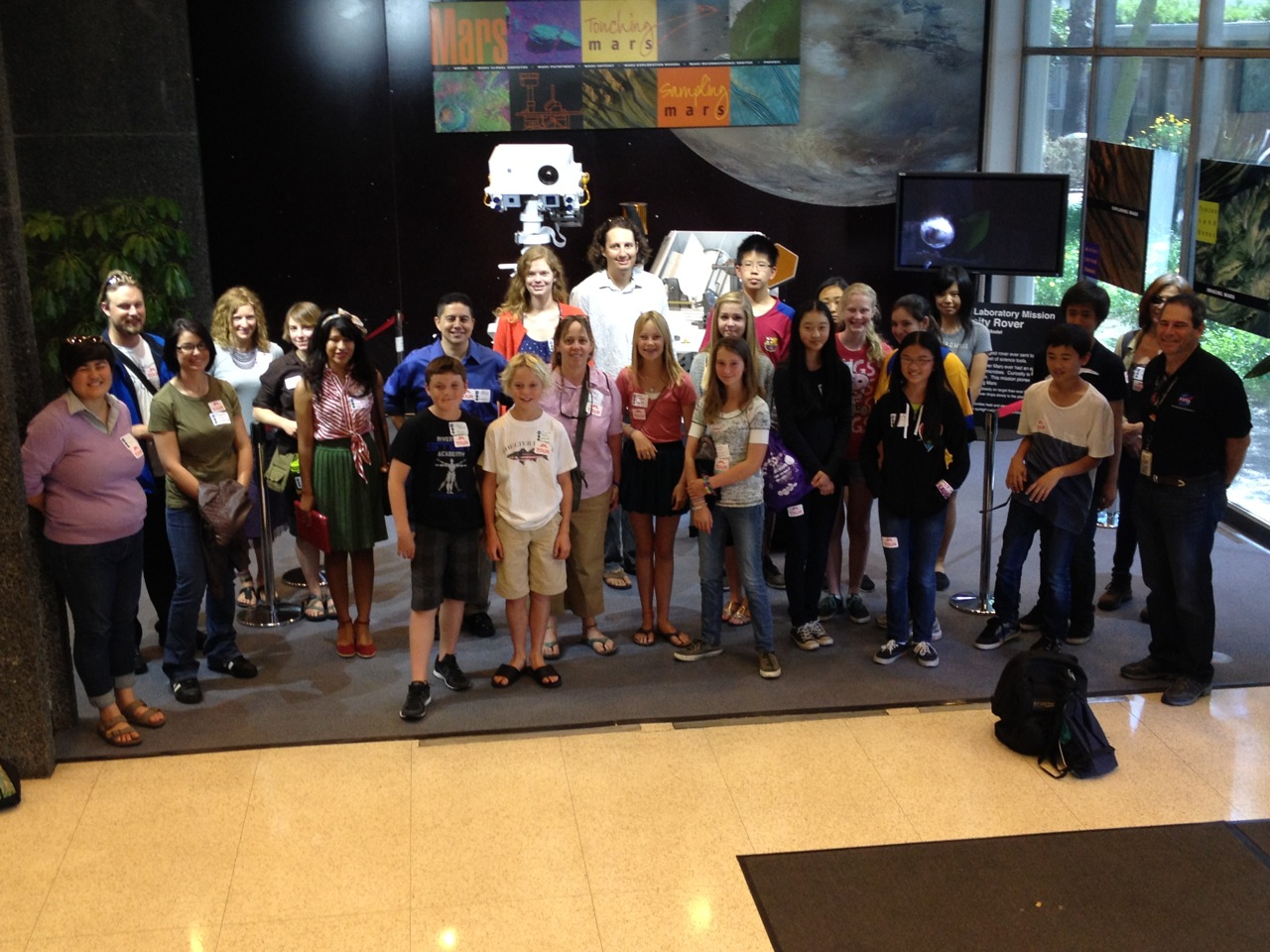 On March 12, 2012, Riverside Unified middle and high school students and their UCR mentors spend a day touring NASA Jet Propulsion Laboratory (JPL), as research facility that manages all of NASA's unmanned spacecraft. The day was a reward to participants in Down To Earth Climate Change’s Science Fair Mentors Project, which pairs RUSD students with graduate and undergraduate mentors to work on science fair projects that investigate climate-related questions.

The group arrived bright and early at JPL, where they were met by Dave Seidel, JPL’s Manager of Elementary and Secondary Education Programs. First on the agenda was a visit to the Visitor Museum, which houses a variety of Space Age collections, including a full-scale model of the spacecraft Voyager, which has traveled farther into outer space than any other spacecraft, and Explorer-1, America's first satellite. In the museum, the group viewed a documentary on the Mars Rover program, which is headed at JPL.

After viewing the museum’s collection of satellite models, moon rocks and aerogel, the group moved on the Mars Yard, which is testing area for the new Mars Science Laboratory. This new rover, which is much larger and more sophisticated than the previous rovers, Spirit and Opportunity, is currently en route to Mars and is scheduled to arrive on the Red Planet in August. The Mars Yard is a giant sandbox that scientists can use to test Martian landscape obstacles with a full-scale model of the Science Lab.

The Mars Yard was followed up by a visit to the Earth Science teaching center, where the group viewed videos about JPL’s role in studying Earth’s climate system. Students learned that more than half of all climate data is collected by NASA satellite missions, all of which are managed at JPL. Students learned how the twin GRACE satellites use Earth’s gravity to study melting ice in Greenland and how Jason-1 collects data on ocean circulation.

This introduction to NASA satellite missions led the group right to Mission Control, where NASA scientists send and receive satellite data. Though dramatic lighting and colorful computer screens make the room look like the set of a science fiction movie, actual scientists are working in Mission Control 24 hours a day. The group learned how JPL works with international laboratories in Spain and Australia to maintain constant contact with the dozens of spacecraft that are currently exploring our solar system.

For many of the RUSD students, this day started off as an once-in-a-lifetime chance to visit one of the most important research centers in the world, but after touring the campus and seeing the work that scientists do, JPL felt more like an exciting job opportunity and future. This was true for Racquel Mendoza-Cabral, a junior from Ramona High School, who was the only student at her school to complete a science fair project. Her project, “The heat is on, will the Halimeda survive?” investigated the effects of climate change on the marine plant Hallimeda and went on to compete at the divisional science fair. She plans to study engineering in college and was excited to learn about all the different opportunities for engineers at JPL.

The day’s exciting tour ended at a full-scale model of the Mars Science Laboratory, where Dave Siedel encouraged all the young scientists to continue their explorations, because, “JPL is just about the same size as Dinseyland, but our Tomorrowland is real!”

Thank you to all who participated in Refresh Riverside. The fair was a roaring success with over 650 fairgoes and nearly 100 volunteers! Check out some photos from the event below, and click here to read more info about Refresh Riverside.